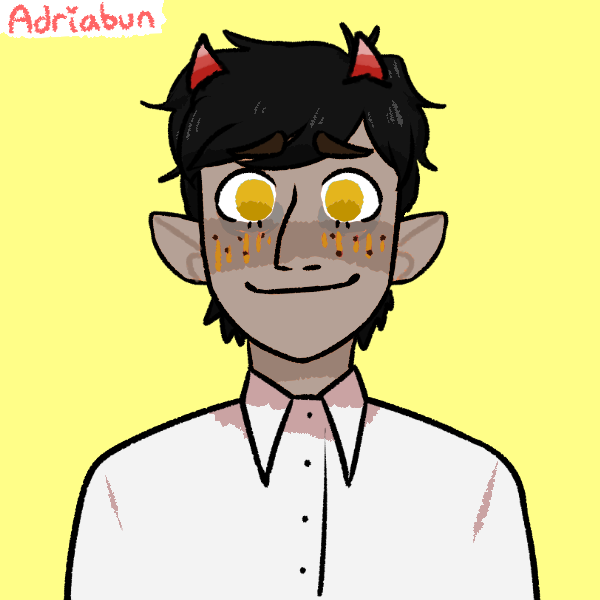 Karkat Vantas Karkalicious was born in the suburb of Sunflower Acres. His little sister, Tanla (formerly Taira) was born 4 years after him. He attended homeschool with the others in the suburb until it was incorporated into Desert Bluffs, when attending public school in the city was made compulsory.

He trained with the militia until the Second Desert Bluffs War, which he fought in. Afterwards, he went through the integration program designed for the surviving rebels of that war. He worked a handful of menial office jobs and began a romantic relationship with 22619, and later Dr. Kada Elnajian.

In December of 148, he attempted to escape via hiding in the abandoned Sunflower Acres development. He was retrieved by 22619, Dr. Kada Elnajian, Ravamir Ravaskovski, and Zei Fadelf. In May of 150, he once again escaped during a routine mission and is now in hiding in Whitehall. His exact whereabouts are unknown.